At 80 years old, Gwendolyn has lived in her southeast Raleigh home for more than half her lifetime. Despite heart and respiratory conditions, Gwendolyn stays busy caring for her six-year-old grandson in her home on weekends. But she has long worried about his safety and her own due to safety issues in and around her home.

Gwendolyn says she stopped using her front steps years ago because they were too steep and required use of a walker. She also avoided her back deck, which was in disrepair due to wood rot.

“I was so afraid of falling, I hardly ever went outside,” Gwendolyn admits.

But conditions inside her home were becoming equally unsafe. Her bathroom floor was on the verge of collapse from moisture damage. She also needed electrical work, plumbing, and windows. Gwendolyn tried to file an insurance claim for the bathroom damage, but she couldn’t afford the high deductible. She has been on our wait list since 2015.

With Cigna as a sponsor, we finally were able to complete Gwendolyn’s repairs just in time for the Christmas holiday. Gwendolyn describes the transformation as “a wonderful help” in a year when so much has seemed uncertain.

“I’m just so grateful I don’t know what to do,” she says. “I keep telling everyone about it!”

While Gwendolyn is relieved that she no longer has to worry about her young grandson getting injured on the back deck, she says she’s especially excited about the prospect of coming and going freely from her home without fear.

“When you’re no longer afraid of something, you don’t mind doing it,” she beams. 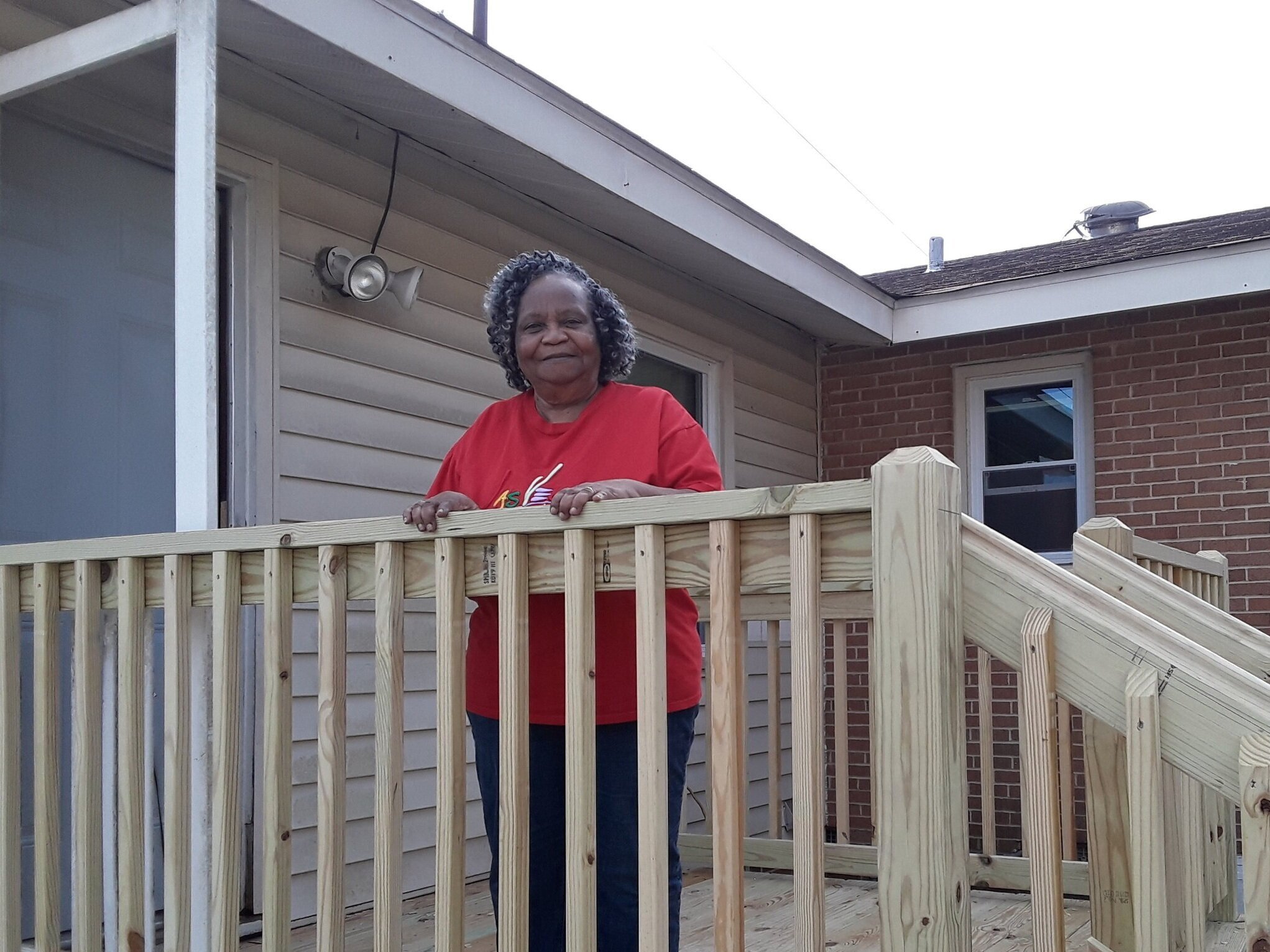 “I’m just so grateful I don’t know what to do,” she says. “I keep telling everyone about it!”
← Previous Next →